As someone who is actively involved in the financial markets, I get asked about Bitcoin or cryptocurrencies quite often, either from friends, family or even strangers. I thought it would be apt to give my two cents on the matter and clarify, how a value investor views the topic.

However, beware: this article will be much more jovial, subjective, even amateur in some regards for a simple reason- I am not a tech guy, I don’t understand blockchain that well and I don’t feel qualified enough.

Still, I think it might be interesting for you to hear thoughts about crypto from a traditional banker/investor. That’s why I also decided to split this article into two parts: Bitcoin as an investment and my personal view. Let’s dive in.

Bitcoin as an investment*

*For this article, I will not consider trading Bitcoin or other cryptos on short-term basis, because trading and timing the market is a completely different beast and I won’t go into that. I will contemplate about Bitcoin only as a long-term investment.

For an investment to make money, a simple thing needs to happen- the price needs to rise after you purchase the asset. That can happen for many reasons, mostly it’s that the asset, a stock for example, representing a company, which produces products, sells them and makes revenue and grows.

As it grows, it becomes more valuable and the price follows. Then, the company can pay out dividends or reinvest them to grow even more. Account to that the fact that sometimes, the market undervalues the companies, i.e. doesn’t appreciate their production capabilities enough, which is how we value investors make extra money. Quite simple. 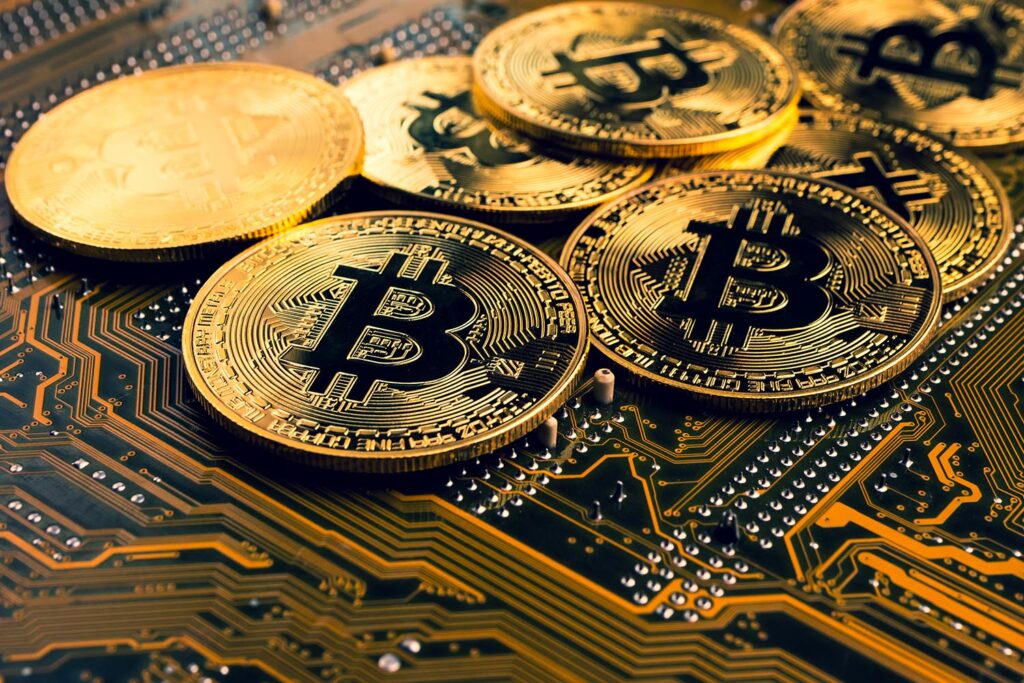 If you have a company or a bond, you can calculate the value based on the cash flows or the assets it has. But what about Bitcoin? Well Bitcoin is a “currency” so it obviously has no assets. It also doesn’t yield any interest as standard currencies, so the question is, how do you determine Bitcoin’s value? Well, you can’t, because it has no production capabilities, it doesn’t produce anything.

That’s why I added the quote from Mr. Buffett at the top: we know the price of Bitcoin, but what is it that we’re actually getting? We just don’t know. That is why Bitcoin can never be an investment per se.

I understand how much controversy I have just spurred, but bear with me. You might argue that gold for example also doesn’t produce anything, doesn’t have any yield. And you would be exactly right, and that’s why gold is not an investment either. When people talk about investing in gold, they usually mean “protecting their money by putting them in a safe haven asset immune to inflation and market crashes”. 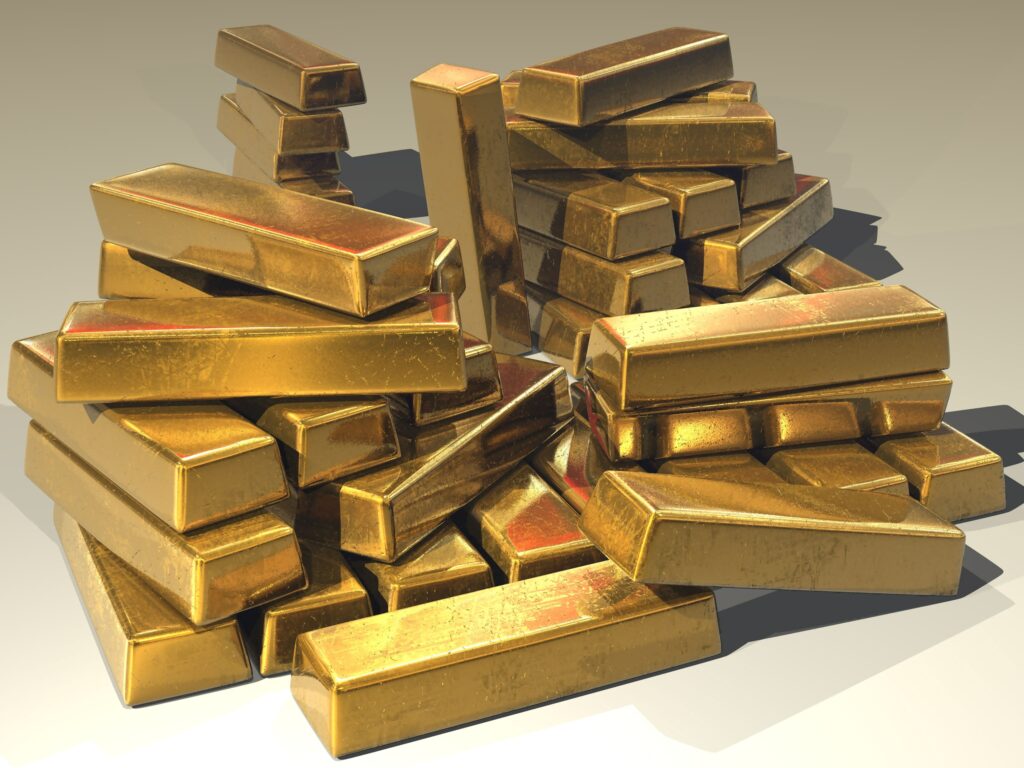 The thing about gold and its protective power is that is entirely based on people’s trust in it- nothing else. If you think about it, except for looking nice and being used a little in electronics, it is just a piece of metal which doesn’t do or produce anything.

It begs the question, why is then gold, well, gold? Why did people choose it as a store of value and why does it retain such property?

The answer lies in chemistry. It’s composition is special because gold doesn’t rust, cannot be created artificially, yet you can form different shapes and sizes, which are easily transportable. Combine that with its scarcity and you’ve got a perfect vehicle for saving value. Not that it would be “inherently” valuable, but because people “agreed” that thanks to its capabilities, it would be used as such.

Now the question is, could Bitcoin become Gold 2.0? After all, Bitcoin or cryptocurrencies in general do also have some special, inherent capabilities, such as the blockchain technology, the ability to be used as medium of exchange, someone might even argue that it protects you from market crashes (it has been the case recently, but it’s hard to say given it’s short history). So the answer to our question is: maybe. It one ups gold in being easily send across the globe. The thing it misses its thousands of years of history and universal recognition.

Some room for speculation

Just as gold, Bitcoin’s value as medium of exchange, thus also the future price will be determined purely by the demand. The supply is limited and fixed (that’s why it’s called a deflationary asset opposed to bank notes, of which you can print how many you want), meaning if the demand rises, the price will rise and thus make you money.

The tricky thing is IF, for 3 reasons:

I will now try to answer them all shortly.

1.Cryptos becoming mainstream around the globe

It seems like it, at least in the developed markets, but we are far away from using it as a medium of exchange, at least by current pace. The banks are slowly incorporating into their systems, but it will take time. Because of the volatility, it is unlikely cryptos will become a reliable and credible means of payment anytime soon.

Maybe. This is not my area of expertise, but I don’t see how it is self-evident Bitcoin should become “the one”. In fact, I don’t see why there couldn’t be thousands of cryptos being used, just as normal currencies, thus diminishing any advantage of Bitcoin and thus writing it off as an “investment” or bet on the future.

True, Bitcoin is by far the largest crypto and it was the first one as well, and just as the first brands often win (Coca-Cola for example), Bitcoin has this massive advantage. On the other, I still don’t see why there slowly couldn’t be more and more coins. Take Ethereum for example. It is not as widely recognized, respected or big as Bitcoin, but it is known nonetheless. It could very well happen that in 10, 20 or so years, the runner-up currency would slowly become more respected, passing the runner-up position to the next one. By this cascading effect, there could be hundreds or thousands of coins.

Bitcoin bulls argue that there is a networking effect associated with Bitcoin (the same effect Facebook has). That means if 9/10 of my friends use Bitcoin and 1/10 uses coin XY, I will choose Bitcoin because it’s easier to do exchange with them. That is true to some extent, however, it isn’t really a networking effect as Facebook, because coins are of a very different nature than a social network- they don’t require growing friend circles, updating profiles and interacting- coins are just there in you crypto wallet. That means, you could easily have any number of them and they could be exchanged with each other, just as currencies.

This is the biggest problem I have with cryptos.

We all saw the reaction of banks and governments in 2017 when Bitcoin started gaining some momentum, and it was not pretty. It’s true that Bitcoin is decentralized, so governments cannot control it directly, but they cannot control other things: they might ban shops to accept it, they might ban the exchanges, they might ban providers to access sites where to buy it, essentially cutting it of from the “normal” world, rendering it useless. I am not saying it will happen, I said it might happen. Thus, the risk of government control is just too great with Bitcoin.

So, in conclusion, Bitcoin and cryptos in general:

That leaves us with Bitcoin as an completely unsuitable investment. Does that mean the price will not go up? Not at all, it absolutely might go up. It’s just that we don’t know, because it’s too unpredictable and opaque. It’s a wild speculation and to people who are convinced Bitcoin is the future, I would ask them to get off the hype train for a moment and provide some solid, bulletproof arguments. So far, I have received few. If you want to read some very good arguments, I recommend reading Lyn Alden’s article on it here.

Lyn provides some very solid, data and economy theory founded arguments on her bullish position. Still, she recognizes the same risks as I do, invests a minute fraction of the portfolio and has a horizon of around 2 years. I am a very long-term, risk-averse value investor, that’s why the investment isn’t in line my strategy.

Let’s wind down from all the finance-y, investing-y stuff and let’s talk about it as users. Personally, I think Bitcoin is great! I am not big fan of the government controlling the markets, snooping into your bank account and I am definitely not a fan of government printing money freely. Bitcoin solves many of these issues, that’s why from a user’s perspective, I really enjoy having Bitcoin around.

Nonetheless, it’s crucial the differentiate Bitcoin, or anything else after all as an investment and as a “product”. Same goes for many companies: I personally absolutely love Netflix as a product, but as an investment? No thank you. By now, you probably know how critical I am of Tesla as a business, but as a customer, I like the idea of clean driving.

I am aware of this mild schizophrenia, but that’s just the way it is: you cannot bring your own personal inclination towards a product into your investment decision. That brings us back to Bitcoin once again: if you ask whether I like it as a user, the answer is a big yes! If you ask me, whether it’s an investment, the answer is: it’s a wild and an extremely risky speculation based on a bet that it will become mainstream without the government restricting it, which is absolutely unpredictable.

What do you think? Are you long on Bitcoin? Let me know your thesis! I’m looking forward to any comments you might have!

My name is Daniel and I’m currently pursuing Banking&Finance Master’s degree in Zurich, Switzerland. My biggest passion is Buffett-style value investing and I love sharing insights from the field. Even though I’m no expert, I’m also not quick-baked self-proclaimed guru who read one book on the topic. If you like my content, be sure to subscribe!