Let’s begin with the complex reality of investing and money- it doesn’t grow on trees and everybody wants a piece of yours. There are parties (or parasites) that chip away from your hard-earned cash: some brokers charging ridiculous fees, fund managers doing the same, or the government collecting taxes. However, there is one “charge” most people forget about- sometimes because it is insignificant, but most of the time because it eats away your cash much more covertly. Any idea what I’m talking about? Yes, it’s the dreaded inflation.

Imagine you have $100k in cash, and you can choose to either invest it in a public company returning 10% a year or buy a 3-bedroom house for $100k. Assuming you would like to buy the house, but, you would also like to buy a car for $10k; thus, your best decision will be to invest in the public company to earn the 10%.

After a year, you have $110k, eagerly going to the realtor to buy the house, only to discover the current price of the house is $110k, which is 10% higher. Now you may ask yourself, why is it more expensive if it’s still the same house? The answer will most likely be inflation (the rising price of goods), which in our case was the same 10% annually.

Therefore, even though you have more money than a year before, your purchasing power remained the same, or in other words, your 110k today are equivalent in purchasing power to last year’s 100k due to inflation. Hence, that’s why inflation is a silent parasite – it doesn’t diminish your returns by literally taking away your money, but rather by making the stuff you would buy more expensive, making you able to buy less.

“Inflation is taxation without legislation”

In the U.S., most of Europe, and Japan, the inflation rate has been anywhere from 0-3% for the last 30 years, thus quite insignificant and neglectable. However, it is important to note that in our scenario, the 10% return in stocks is fairly moderate, but 10% inflation rate is relatively rare in developed markets, even though not non-existent in history.

What if inflation was 5% or higher?

Then we might encounter considerable problems down the road. Why? Imagine you earn 10% a year, net of fees and taxes (that is quite a lot already) but have inflation of, say 6%. Your real return would suddenly be 1 + return divided by 1 + inflation rate – 1, thus only 3.77% (before tax!). That is a massive difference from the initial 10%.

Can we hedge it?

In 1977, Fortune magazine published a fascinating article, “How Inflation Swindles The Equity Investors” written by the legendary value investor Warren Buffett. The article was published during the years of high inflation 1973-1981 when inflation was averaging at 10.4% and a peak of 13.3%.

Mr. Buffett begins by saying that it was conventional wisdom or a rule of thumb if you wish that stocks were a hedge against inflation. That would mean all we needed to do in order to avoid inflation was to invest in stocks, because it was thought stocks would not only earn standard returns without inflation, but also the extra returns equal to the rate of inflation, off-setting its effect.

This proposition is not completely unreasonable if you think about it: you invest in a business, which earns some profits and their returns on book value is your return. Should inflation arise, it would also increase the prices of goods and services the business sells, thus earning more in profits (and earning you more in return, off-setting the inflation).

This explanation is missing an important piece of the puzzle though. Inflation generally means an increase of all prices: including materials, labor, energy costs etc. Thus, even though the prices (and thus sales) would increase, so would the costs of the business, earning more-or-less the same nominal profits and the same return on book value. However, now we are in hypothetical inflation scenario, meaning the same nominal return on book value would be lower in real terms.

Can this be empirically proven? Actually, yes. Warren Buffett goes on to state that from period from 1945-1975, the average return on book value of FORTUNE 500 companies averaged around 12% with very little deviations. During this period, the U.S. experienced various inflation rates, even negative in some years. Nevertheless, even with rising inflation rates, the return on book value stayed almost constant, proving that stocks in general don’t provide much protection against inflation.

Why, you might be asking? Inflation isn’t all bad, don’t get me wrong. But just like fire, it’s a great servant but a terrible master. If it’s controlled at around 2%, all is good, working like a clock-work. However, when it starts getting out of hand to levels of 5% and higher, we’re in trouble. The governments try to avoid this, but when it happens, their tool number one is moving the interest rates up– by a lot.

Remember when we said that return on book value is almost constant at 12%? Well, what we do in investing is discounting, i.e. comparing the return we can earn with the risk-free option and see how attractive the potential risky return is. If the risk-free rate set by the central bank is at, say 2%, the 12% from stock seems like a lot, even though is risky (one of the reasons why we see markets sky rocketing now when risk free rate in close to 0).

But what if inflation arises and the government has to increase the rate rapidly to combat the inflation, to 8% for example? Then the 12% are not at all that attractive. This effect is then reflected by declining prices, as many investors begin selling their shares and opt in for the risk-free rate. If you are in invested in stocks, these falling prices (it’s often a very sharp decline) means you start losing your money.

With overvalued business, it’s even worse. Warren Buffet delineates a simple arithmetic to illustrate that the more a business is overvalued (judging by book-to-market), your returns are even worse. Citing from his article:

“When stocks consistently sell at book value, it’s all very simple. If a stock has a book value of $100 and also an average market value of $100, 12 percent earnings by business will produce a12 percent return for the investor (less those frictional costs, which we’ll ignore for the moment). If the pay-out ratio is 50 percent, our investor will get $6 via dividends and a further $6 from the increase in the book value of the business, which will, of course, be reflected in the market value of his holdings.

If the stock sold at 150 percent of book value, the picture would change. The investor would receive the same $6 cash dividend, but it would now represent only a 4 per cent return on his $150 cost. The book value of the business would still increase by 6 percent (to $106) and the market value of the investor’s holdings, valued consistently at 150 percent of book value, would similarly increase by 6 percent (to $159). But the investor’s total return, i.e., from appreciation plus dividends, would be only 10 percent versus the underlying 12 percent earned by the business.”

Plain and simple: if a business is overvalued (or the economy and the stock market is in a bubble), you are worse off and less protected (not surprising, is it?)

I would reply with a counter question: why wouldn’t it be?

We are very much used to periods of inflation close to zero. Most of today’s investors have not even experienced a high-inflation environment. However, double-digit inflation has occurred several times during history as I wrote above, even in such developed markets as the U.S. We cannot assume that simply because we haven’t experienced high inflation for a long time that it will stay that way.

Moreover, we have all the reasons to see inflation spike in the coming years: primarily because of QE (quantitative easing), which is basically pumping money (in a rate never seen before) into the economy and the Covid-19 pandemic certainly doesn’t help, mainly because all the social stimulus and economic relief for business is financed by, yes you guessed it, more money printing. 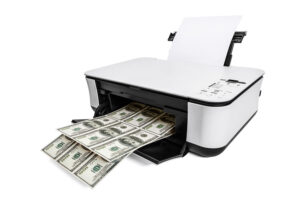 One thing is for sure: nobody can forecast inflation – not Warren Buffet, not economists, not oracles with a crystal ball and certainly not me. But that doesn’t matter; the important thing is that it has happened a few times in history and it definitely can happen again. 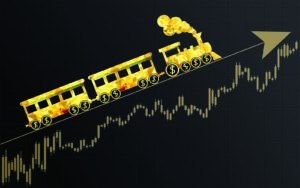 Additionally, in today’s technology world, book value (mainly with intangible assets) may be confusing as such it is important to make sure the company’s product services can increase prices faster than cost to keep the returns at higher levels.

Alternative assets such as gold or Bitcoin are some of the favorable hedges against inflation. When the so-called “FIAT money” (traditional bank notes) loses its purchasing power, people tend to run to assets that are “safer”. However, gold or Bitcoin only appear safe, since these are not cash-producing assets and as such I rather stay away from them as a value investor.

Lastly, should the inflation come and together with it spike in rates (thus plummeting stock prices), I wouldn’t want to be exposed 100% to such fall, meaning I am not invested fully and keep some cash reserves. This effect would be two-fold: first, my losses would not be as high because of my lower exposure and second, I would have to possibility to exploit to lower prices and buy quality stocks at a discount with my left over cash. Again, something we want to do as value investors. If you decide to sit on cash, you may consider parking it in “TIPS” (inflation protected treasury bills) which means your money is invested in government bonds but take out the inflation risk.

My name is Daniel and I’m currently pursuing Banking&Finance Master’s degree in Zurich, Switzerland where I work as an Asset Manager. I am passionate about finance and Buffett-style value investing, which this blog is all about.